Binks "mousetrap" and "rat trap" carburettors
How could I have missed the pre unit BSA "Ski slope" ?
"Jampot" shock absorbers on the AJSs ....
When I was 16 years old. me and my ol' man were sitting in the garage with me admiring my newly acquired 1968 BSA 650 Lighting and he said, "you got a Limey Leaker" as he slow dragged his cigarette.

sausage or not
Most of them I've ever heard everyone has listed above, but here's two from BSA in the '50's and '60's"

And one for the 1950's rigid frame Triumph dual seat: "Ironing Board"
A few rimes I heard the BSA "power egg" referred to as a "duck decoy".
and the number plate on the front fender was called the " Pedestrian slicer "
Funny how these things come back in your mind in the middle of the night...

My Dad referred to external flywheels as "boot polishers."

Lannis
Originally Posted by Lannis
The old Harleys had a rocker-type clutch pedal with a friction holder that stayed disengaged when you took your foot off .... their Indian counterparts had a car-type clutch pedal that was just spring-return, and got the name "suicide clutch" because if your boot slipped, you were out in the middle of the intersection. Some people call any foot clutch a "suicide clutch" but that's not right.

Lannis
And combine a foot clutch with a bike with only one (rear) brake that is operated by a foot pedal on the other side of the bike and you have quite an interesting riding experience, especially on hill starts.

My Dad rode 74-inch Harley knuckleheads until as late as 1977.
The front brake on "springer" forks was almost useless,

He referred to that small brake as a "hill-holder."
"Featherlastic" .... which exists

All the millions of £, $, euros and yen that major motorcycle manufacturers spend on styling and "image" , and some bloke in a shed builds: 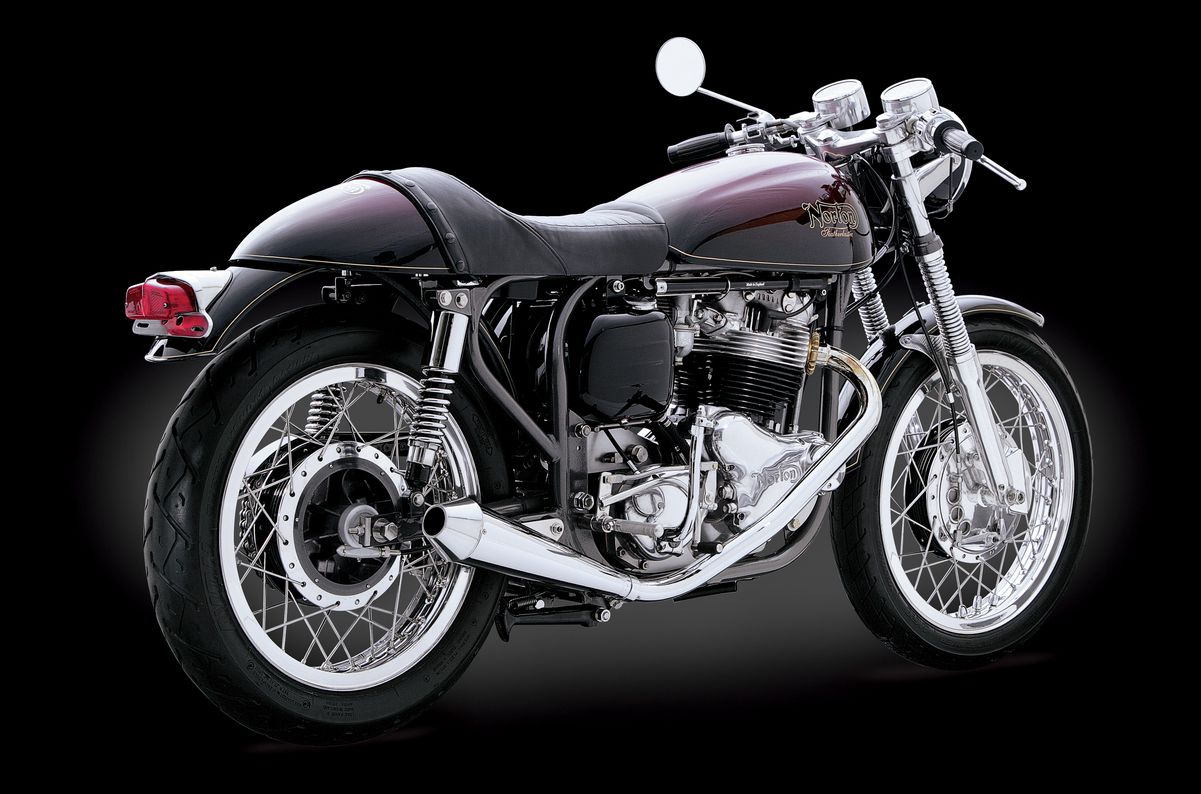 BMW's with "Toaster Tanks"
Gavin took the wind out of my sails by mentioning Royal Enfield's "Bacon Slicers".

How about Nortons with "garden gate" and later "featherbed" frames, and Triumphs with "garden gate" or "mouth organ" tank badges?
My brother used to call them Bavarian Money Wasters.
You don't wanna know the nicknames I have for my BSA.
BMW: "Black Mit White" (You just reminded me of that one David.)
We called the BMW cars "Break My Window" as they were often stolen or broken into.
Early A10 headlight Nacelle was referred to as either "divers helmet" or "cow pat"
BSA QD "Crinkle hub"
A10 rocker box CENSORED
Kwacker
Water buffalo
Kettle
Well Andy, that's another reason to appreciate the A10 motor
remember donkey dick handgrips?

]
Or limp dick tail lights?
Have we had Notrun for Norton?

Our Ford Fiesta car was a Ford Fiasco.
Since we've wandered outside the realm of British cycles:

We're all familiar with "Hardly Ableson" - Back at the BSA International Ralleye in Ohio, I heard the Aussies refer to HDs as "Harley Fergusons"- I've always liked that; it's very visceral.
In the early 70's Guzzis were the Interstate Armchair
"Tractor bike" , CCM scrambler late 1970s, possibly upgraded to a three speed gearbox. Magnificent amongst the buzzing two-strokes from Europe and Japan.
Bob Wright and Jimmy Aird were magic on the CCMs
Jimmy now runs Scott Leathers, I live about a mile from the CCM factory
Originally Posted by Mark Z
"Hardly Ableson" -"Harley Fergusons"-
Ugly Wobbleson.
Supposter.
Turnip Eater.
XLCH= Xtra Light Competition Harley

Bultaco= Built To Blow
In the late 1970s, the exhaust note of the CCM was unique in scrambling events with modern bikes. As a spectator, it was a treat for the ears on a course with tree-lined sections.
was it true that for a while CCMs came with the kickstart held up with a rubber band because the gearbox would explode if you lowered it with the engine running?

i seem to recall that.
I've also heard of the Bathtub Triumph front fender referred to as a Roman Gladiators Helmet. BSA C12 and others like it - Grey Porridge.
Was not the kickstart deleted on later CCMs on the basis that no-one could kickstart it when out on the course?

If I had the money, I would have an immaculate CCM as a work of art in the parlour, and another CCM to ride around the rolling acres of my country residence. Dream on.
"Sprung heel" frames (those with rear suspension) may have been named in the 1920s as a reference to "Spring Heeled Jack", a legendary figure in London in the 1800s.
Rolls Con Hardly - rolls down one hill, can hardly make it up the next.
Translation needed, Hermit. I don't "get" this one.
Rose Canardly?

Maybe Rolls Can Harley.
One of my favorite nicknames was applied to the B-26 light bomber, the Flying Prostitute, no visible means of support.
Also known as "One a day in Tampa Bay"
aka Baltimore Whore no visible..........
© Britbike forum