Britbike forum
Hi everyone. Saw these and thought if you. They look great, but I can't recall ever seeing blue badges before. Were they for a lightweight rather than a big twin?

Gavin
Ok I'll come clean, first off, I'm not the seller. There's only 1 badge by the looks of it, and someone's been creative with some eggshell paint I'd say. Love to be proven wrong though..
I’d have to go back through my thunderbolts
And Lightning’s book but I believe they were used on either the early A50’s or the early A65 star models.
There was a member who posted pictures of an A50 or A65 that he bought I believe in and around 2011 here and the badges were a beautiful blue color but much more darker than the one in question. More like a Navy Blue to Midnight Blue. All I know is I never forgot them and would love a set !! 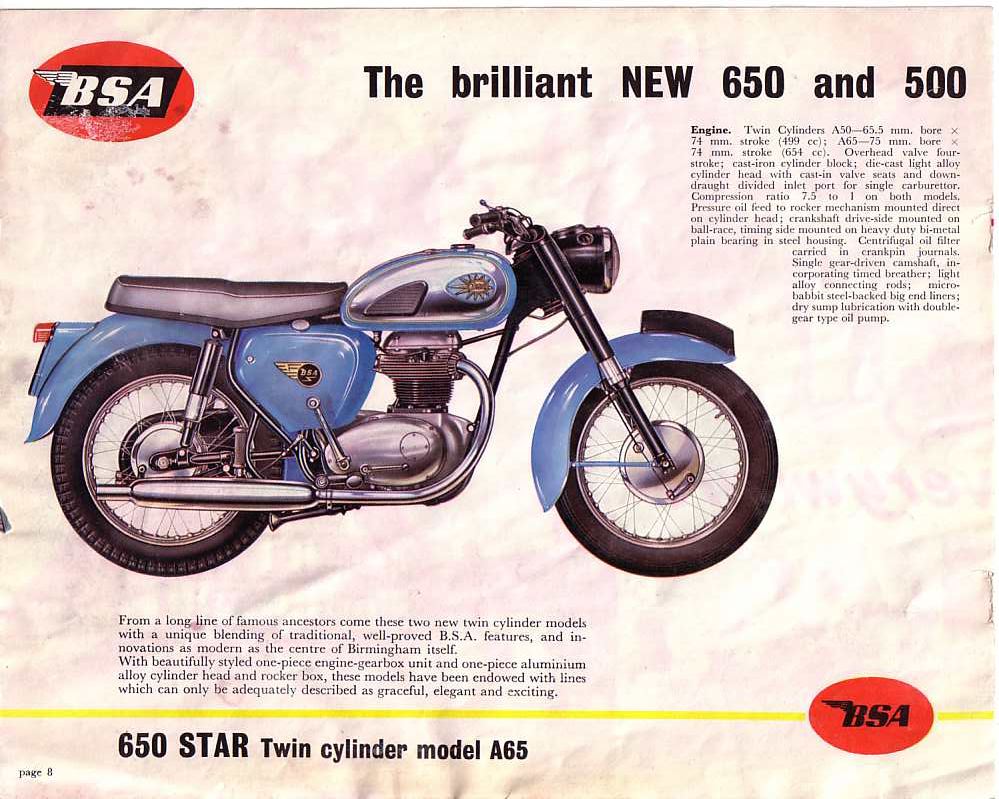 When BSA introduced a new tank badge they usually colour matched some of them to the tank.
Usually this was only for a single season
There are 2 blue ones,
One has a pastel blue as shown in the catalogue page above and there was a darker blue.
Parts books only list the default red or black which you will see shown in the following years catalogue.
AFAIK here was a dark green one as well but I have only ever seen one bike wearing them which was a green shooting star .

When the new range was introduced for the 62 season BSA apparently did another run of colour matched tank badges, again for a single season.
It gets a little more confusing as some were silver and some were gold.
I had always believed that the silver ones were faded gold ones but having seen some NOS ones that were never fitted having the gold parts silver leads one to believe that they came both ways unless the gold is chemically unstable and fade to silver over time without the actions of sunlight.

We also must remember what is shown in the UK printed catalogues is always a painting and not a photo of the actual bikes.
This was common place at the time because printing from a painting / drawing was a lot cheaper than printing from a photo .
And the catalogue was often printed & distributed before a single bike it depicted had rolled off the line so what you see may or may not have been what BSA made .
USA printed catalogues OTOH are generally photos ( printing off photos must have been cheaper in the USA ) so are generally closer to the true appearance than a UK printed but again they were often taken using the pre production press bikes or proto types and again not actual production bikes so again there can be minor differences between what is shown & what was delivered.
© Britbike forum